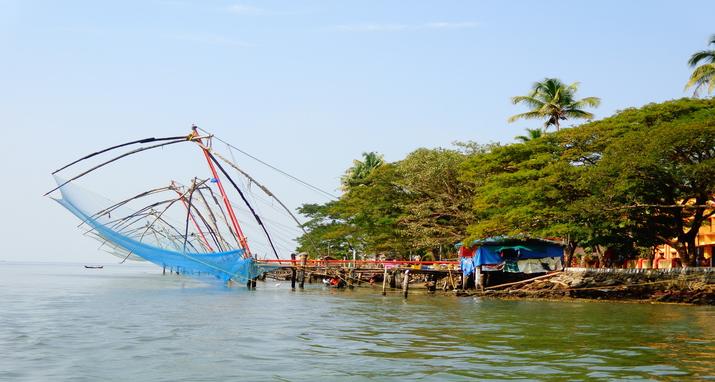 Vypeen , an island about five km from Ernakulam city, sprawls in an area of more than 25 km. It owes its origin to the heavy floods of 1341.Till the advent of the Portuguese in the 16th century, the island was inhabited by a small indigenous fishing community. The Portuguese introduced Catholic faith in the area. They set up many churches including the famous Church of Our Lady of Hope.

The Pallipuram Fort was also built by the Portuguese in this island.

According to recent research, the Portuguese legacy is still visible in the dialect of a few Anglo-Indians in Vypeen. They use the earliest forms of Creole (a mixture of two-three languages) of the Portuguese language but its grammar is influenced by Malayalam.

Under the influence of the Portuguese, Vypeen began to develop and is now one of the islands with the highest density of population. Today, the Goshree bridge connects the island to the city of Kochi whereas earlier one had to be ferried to and fro. Njarakkal is the business centre of Vypeen.

There are many unexplored spots in the island that are of interest to tourists. The lighthouse at Ochanthuruthu, with its adjacent beach, is one of them.