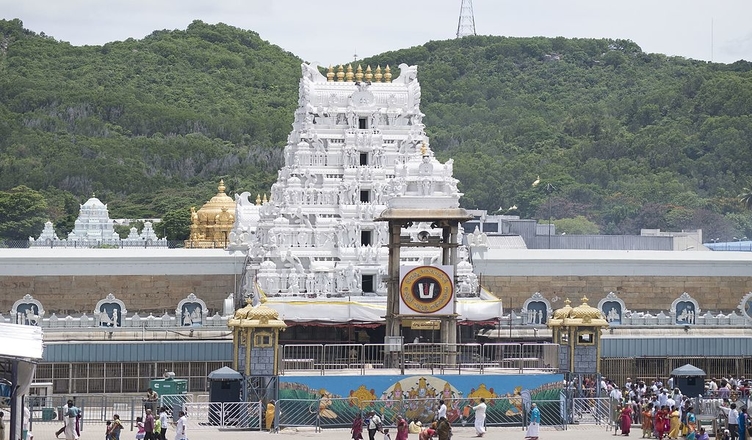 Tirupati is one of the most ancient and sacred pilgrimage sites in India.Tirumala,the home of Lord Venkateswara is at a distance of 22 km from Tirupati.The initial temple at Tirumala was built by the Tamil king Thondaimaan.The Pallavas of Kanchipuram(9th century),Cholas of Tanjore (10th century),Pandyas of Mathura and Vijayanagara Kings (14th & 15th centuries) regularly visited the temple and contributed largely to the temple. Especially,Sri Krishna Devaraya of Vijayanagara Empire contributed a lot to the temple.Spread over an area of 450 sq. km, Tirupati offers a magnificent religious and natural delight to devotees as well as tourists. Apart from Lord Venkateswara Temple in Tirumala,Varahaswami temple,Tiruchanur temple of Goddess Padmavati,Govindaraja temple, Srinivasa Mangapuram,Avanakshamma temple,ISKCON Lord Krishna Temple etc,are the important temples in Tirupati.

Tirumala, adobe of Sri Venkateswara (also known as Balaji – an incarnation of Lord Vishnu) is one of the most celebrated pilgrimage centers in India and it attracts millions of devotees every year.The Tirumala Temple is situated atop the Tirumala Hills which consists of seven peaks known as Sapthagiri at an altitude of 3,200 feet.The seven peaks represent the seven hoods of Adishesha,the serpent on whom lies Lord Vishnu.

Kapila Theertham temple is the only Shiva temple in the vicinity of Tirupati.It is also said to be one of the 108 sacred teerthas (springs) on Tirumala hills.The Siva lingam here is made of brass.A huge stone statue of a seated bull Nandhi,greets devotees at the entrance to the temple.

The waterfalls are placed amidst dense forest surrounded by natural beauty and greenery.It is believed that the water of Talakona Falls is enriched with herbs with healing powers.Talakona was declared as Bio-Sphere Reserve in 1990 because of wide variety of plant species present in the region.In this forest,one can find variety of endangered species like sambar,porcupine,cheetal, golden gecko,Indian giant squirrel,slender loris, panther and mouse deer etc.Talakona means ‘head hill’ in Telugu.This place is believed to be the starting point of Seshachalam Hills which are extended till Tirumala.

Getting there
Tirupati Railway Station 0 Kms