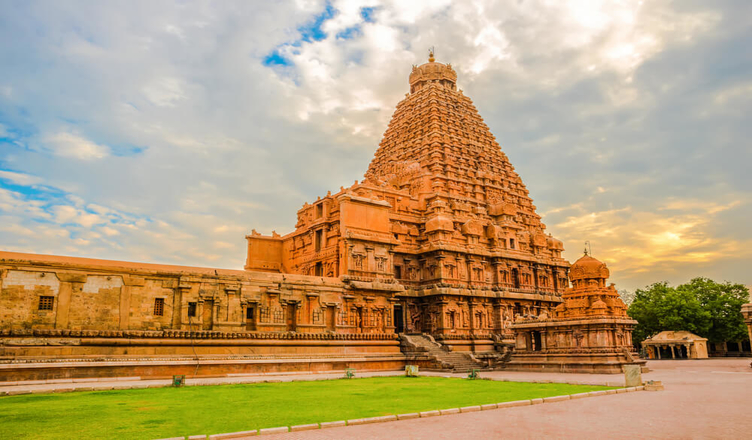 The Chola Capital city, Granary of South India,the rice bowl Of Tamil Nadu are few though incomplete ways of introducing the terrific city of Thanjavur.The important landmark in Thanjavur is the great Brahadeeswara Temple, also known as the Big Temple,built by Rajaraja Chola I.It is one of the most magnificent pieces of South Indian temple architecture.Established in 1011 AD in celebration of the victory of Chola kingdom that extended till Ceylon and some parts of the Malaya archipelago.Now it is a world heritage site.Even today Thanjavur is not only considered the rice bowl of Tamil Nadu but also a cultural headquarters,and the Tamil spoken here is considered by many linguists to be the purest form of the language.Though the Thanjavur district is dominated by agriculture,the town itself is diverse, having a literacy rate of more than 75% and a heterogeneous mix of population of all religions.Tanjore is very famous for its fine paintings done with studded gems and gold leaf.

Getting there
Trichy,Madurai,Nagore and Chennai Railway Stations