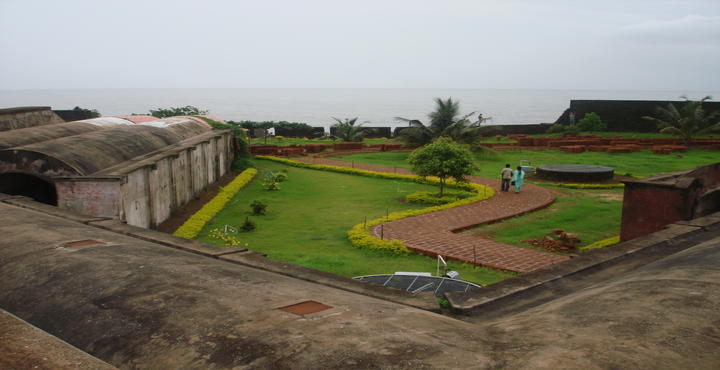 In 1663, the Dutch captured the fort from the Portuguese and sold it to Ali Raja of Kannur. In 1790 the British who seized control over the fort, renovated and equipped it to be their most important military station in Malabar.

Today, St. Angelo’s Fort is a protected monument under the Archaeological Survey of India. The fort offers a fascinating view of the Moppila Bay and Dharmadom Island. Dharmadom Island, only 5 acres in area, is situated 100 metres away from the mainland in the Arabian Sea. The Moppila Bay is a natural fishing bay. A sea wall projecting from the fort separates the rough sea and inland water. Today, the bay has turned into a modern fishing harbour, developed under the Indo-Norwegian Pact.

The fort offers fascinating view of a natural fishing bay and a sea wall projecting from the fort separating the rough sea and inland water.

Kannur, about 3 km away.

Calicut International Airport, about 93 km away