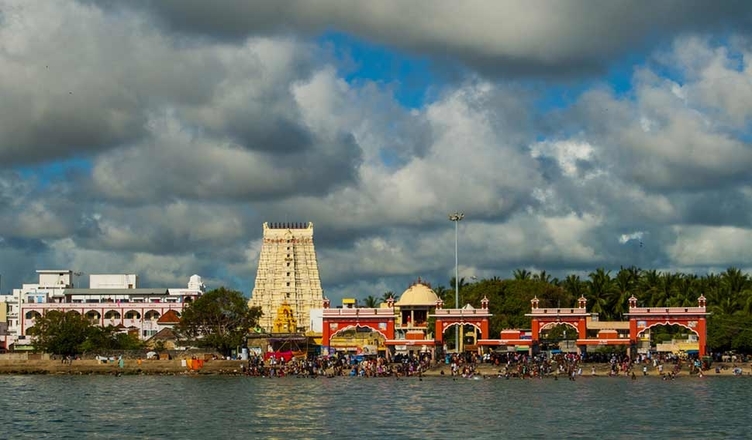 Rameswaram,is a town and it is located in South Indian state of Tamil Nadu.One of the twelve Jyotirlinga Temple dedicated to Lord Shiva,the temple of Ramanathaswamy is an architectural excellence built in the 17th century.A must visit pilgrimage for both the Vaishnavite as well as the Shaiva sect of Hinduism the temple constitutes a major part of the popular spiritual tourism destinations in India. The actual temple is believed to have been built by Lord Rama himself and thus it has gained an esteemed position in Indian mythological reference. Today’s Ramanathaswamy Temple houses the longest temple corridor in the world, which is 197 meters long and 133 meters broad and stands with 1200 massive granite columns.

Other Places to Visit in Rameshwaram

There are two beaches in Ramanathapuram,the Dhanushkodi beach and Ariyaman beach.Go boating and enjoy water sports such as parasailing.If travelling with children,Ariyaman beach also has a children’s park,an aquarium and a museum.Dhanushkodi beach,on the other hand,is bordered by the Bay of Bengal and Indian Ocean on either side.With gentle waves lapping the shore,this beach is a perfect getaway for those looking to stay away from the crowds and spend some time in solitude.

While the religious debates may continue for many years to come,tourists should visit the Rama Setu or ‘Adam’s Bridge’ to see the beautiful collection of limestone shoals arranged in a chain starting from Rameshwaram’s Dhanushkodi tip,all the way into the ocean.

Birdwatchers must visit Rameshwaram to witness native and migratory birds in the city’s water bird sanctuary.October to January are the perfect months to visit when they come here in large numbers for breeding and feeding.

Rameswaram, the terminal railway station in the city is well-connected with most of the Indian cities like Bangalore, Chennai, Coimbatore, Madurai, Thanjavur and Trichy.

Madurai airport is the nearest airport from Rameswaram.