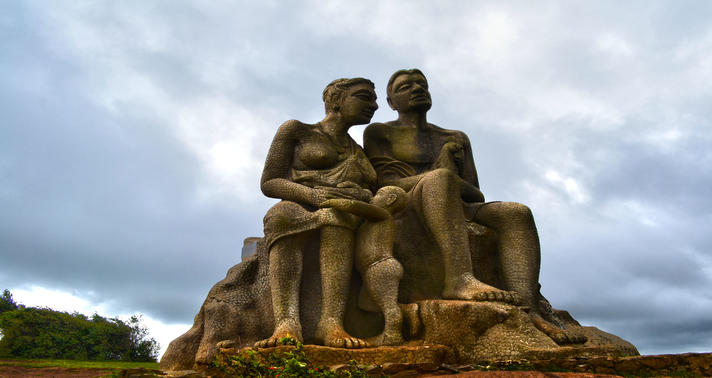 Ramakkalmedu is the cradle of the wind, the wind, which turns everything upside down. Ramakkalmedu is a hill station and a hamlet. The wind gusts into the hills and recorded as maximum in Asia. Wind blows at a speed around 35 km per hour at Ramakkalmedu throughout the year irrespective of the season and time. The hilltop also offers a panoramic view of Tamil Nadu towns of Cumbum, Theni, Kombe, Thevaram, Uthamapalayam, Bodinaykannor and Vaiga.

It is believed that that lord ‘Sree Rama’, had set his foot on this rock and hence the name Rama-Kal-Medu (Meaning: Rama’s foot imprints). One story says that Lord Rama kept his feet at the tip of Ramakkalmedu to search Ravana the King of Lanka who abducted his wife Sita.

Tourists were seen surrounded the statue of Kuruvan and Kuruthi located at the top of one of the Ramakkalmedu hills, which is one of the major tourist site here. There is wind farm in Kuruvikknam, as the area is blessed with uninterrupted and high-speed wind.