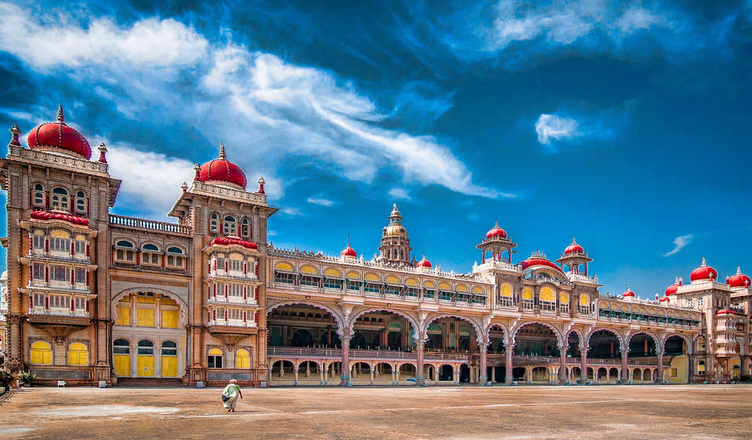 The Mysore Palace is a magnificent edifice located in Mysore in the state of Karnataka.Also known as the Amba Vilas Palace,it is the former palace of the royal family of Mysore and is still their official residence.Referred to as the ‘City of Palaces’,Mysore houses seven other places,but none come close to awe – inspiring grandeur of this palace.Mysore Palace was built in the year 1912 for the 24th Ruler of the Wodeyar Dynasty and is counted amongst one of the biggest palaces in the country.The construction of the Mysore Palace was orchestrated by the Maharaja Krishnaraja Wadiyar IV referred as “Rajarishi” (saintly king) by Mahatma Gandhi.

An impressive light and sound show takes place at the Mysore Palace every day in the evening except for Sundays and public holiday.The show is inclusive in the ticket prices and is held every day from 7:00 PM to 7:45 PM.