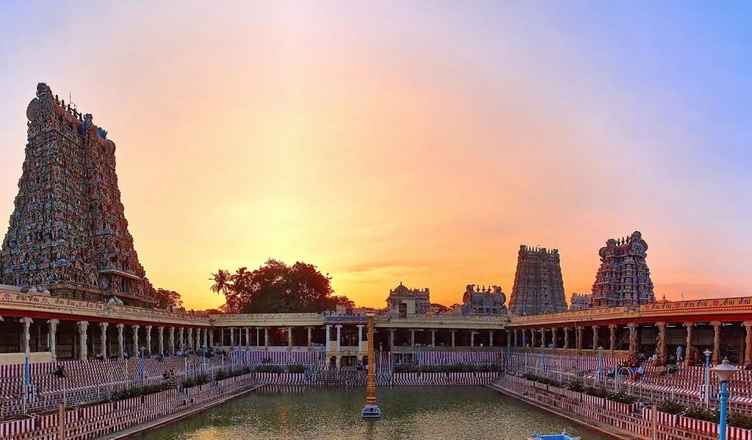 Meenakshi Amman Temple, also known as Minakshi-Sundareshwara Temple,is one of the oldest and most important temples in India.Located in the city of Madurai,the temple has a great mythological and historical significance.It is believed that Lord Shiva assumed the form of Sundareswarar(the handsome one) and married Parvati (Meenakshi) at the site where the temple is currently located.Renowned for its astonishing architecture,Meenakshi Temple was nominated as one of the wonders of the world,but couldn’t make it into the list of ‘Seven Wonders of the World’.However,the temple is definitely one of the ‘Wonders of India’.It is also one of the main attractions of South India with thousands of devotees thronging it every day.During the ‘Tirukalyanam Festival,’ which takes place over a period of 10 days,the temple attracts more than a million devotees.Despite many people visiting it every day,the temple is well-maintained and was named the ‘Best Swachh Iconic Place’(cleanest iconic place) in India.

The temple occupies a huge area in the heart of Madurai as it spreads over 14 acres.The temple is enclosed with huge walls, which were built in response to the invasions.The entire structure, when viewed from above, represents a mandala.A mandala is a structure built according to the laws of symmetry and loci.

The temple also has a consecrated pond named ‘Porthamarai Kulam.’The term ‘Potramarai Kulam’ is a literal translation of ‘pond with a golden lotus.’The structure of a golden lotus is placed at the center of the pond.It is said that Lord Shiva blessed this pond and declared that no marine life would grow in it.In the Tamil folklore,the pond is believed to be an evaluator for reviewing the worth of any new literature.

Getting there
Madurai Railway Station