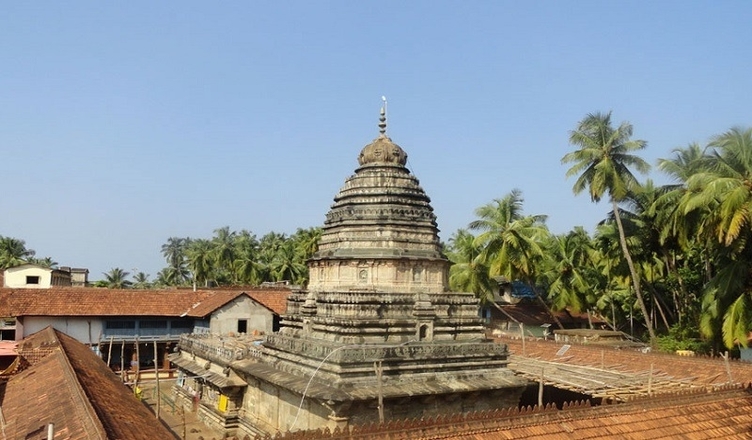 Gokarna known for its temples and beaches.It attracts thousands of tourists every year who come here in search of relaxation and peace.This popular pilgrimage centre is situated on the coast of Karvar and fringed with coconut and palm trees across the beauty of the ocean.This temple town is associated with many popular legends and epics of Hindu mythology.According to one legend,Lord Shiva emerged from the ear of a cow and thus the name Gokarna emerged from Sanskrit etymology.Beaches are mostly unexplored as of now and people come here to escape the crowds of the cities in Gokarna.The presence of ancient temple has made it a famous pilgrimage centre.Gokarna is known as one of the seven important Hindu pilgrimage centers.It is on what was once an unspoiled beach near the estuary of the river Aghanashini.Recently,due to the influx of tourists,the character of the town has changed;it is no longer just a centre of pilgrimage,though large numbers of devotees visit to offer prayers and worship to Lord Shiva.

Mahabaleshwara Temple is one of the must visit Gokarna tourist places.The 4th century temple in Gokarna is most famous for its Shiva Linga known as Atma Linga that is worshipped here and also known as Dakshin Kashi,often being paralleled to the Shiva Temple at Varanasi.The temple faces the Karwar city beach on the Arabian Sea in which Hindu pilgrims cleanse before visiting the temple for worship.The temple is considered as holy as the Shiva temple at Varanasi or Kashi in North India on the banks of the Ganges River.Hence,the Mahabaleshwar temple, Gokarna is known as the Dakshin Kasi (“Kasi of the south”).Mahabaleshwara Temple in Gokarna will refresh your soul and offer a peaceful retreat with the almighty.

One of the most picturesque attractions in Gokarna,Om Beach is known for its serene landscape.One of the most splendid features of this beach is that it is shaped like the symbol ‘Om’ and attracts scores of crowds who wish to relax and unwind. Although the beach is unparalleled in natural beauty among sightseeing places in Gokarna,it is relatively less crowded and charms the visitors with its rejuvenating ambience.For those who are fond of photography and loves to indulge in laid-back strolls, Om Beach is one place that will go down the memory lanes forever.

Gokarna Beach is the main beach that is located close to Mahabaleshwar Temple and frequented by the tourists who visit here.This beautiful beach is a must visit for nature lovers and offers a scenic retreat for all the tourists in Gokarna.

Getting there
Ankola, about 20 km