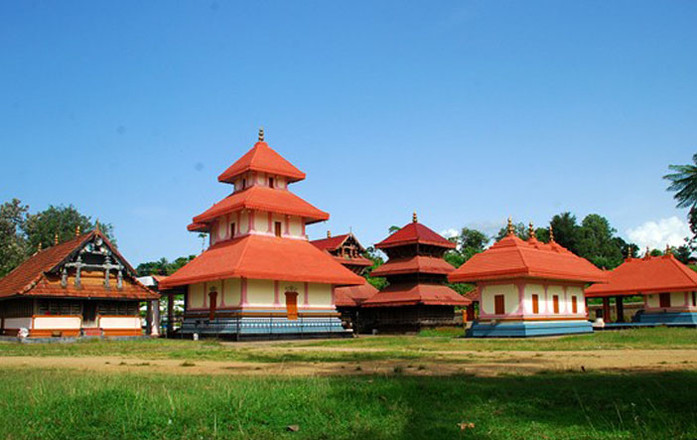 Lava kusa seetha temple is a famous Pilgrim Centers for the tourist and Devotees. It is located Wayanad district in Kerala state of India. Lava kusa seetha temple was constructed by Sri pazhassiraja in the 18th century..The temple dedicated main workship of goddess Seetha and the sub deities of her son Luva and kush.The temple was constructed on the basis of the concept of Ramayana.The temple pond is one of largest in Wayand.The largest rose wood tree is located under the Sree Pulpally Devaswam.The superior time for tourist and Devotees to visit the temple in the month of October to May.The main festival celebrated in Lava kusa seetha temple is Chuttu Vilakku. This festival come in the month of January. At Chuttu Vilakku all Devotees light thousands of oil lamps on the outer walls of the temple at sundown. The term Chuttuvilakku is derived from ‘Chuttu’ meaning ‘surround’ and ‘vilakku’ meaning ‘lamp’. On the second day of every Malayalam month except Karkkidakam and Vrischikam a special ceremony called Vellattu is conducted.On the 10th day of Edavam month special Pooja is performed here.

Thirunelli Temple is an ancient temple dedicated to Lord Maha Vishnu on the side of Brahmagiri hill in Kerala,near the border with Karnataka state.The temple is at an altitude of about 900m in north Wayanad in a valley surrounded by mountains and beautiful forests.It is 32 km away from Manathavady.Thirunelli was once an important town and pilgrim center in the middle of an inaccessible jungle valley surrounded by mountains on four sides.