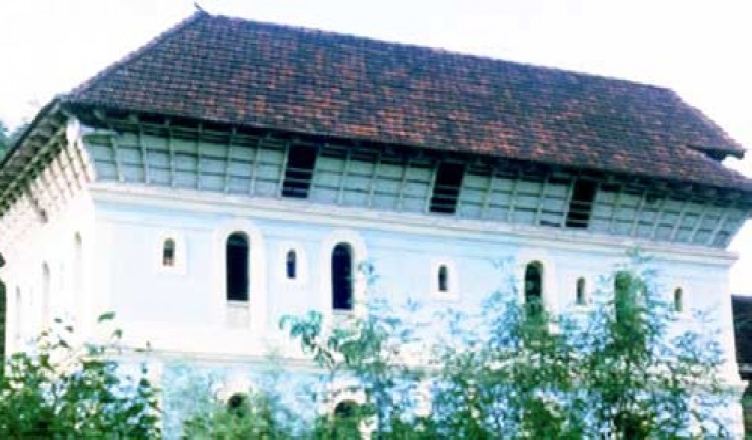 Pazhayangadi Mosque, also known as Kondotty mosque.It is located 18 km east of Manjeri, on the way to Malappuram in Kerala. The three day long Valia Nercha feast at this 500 year old Muslim pilgrim centre.Pazhayangadi Mosque is dedicated to Muhammad Shah, a holy and devout Musalman who was popularly known as Kondotty Thangal.The festival conducted here is Valiya Nercha popularly called as Kondotty Nercha which is held during the Feb-March months. The festival continues for a week. Thousands of devotees visit Pazhayangadi Mosque during this festival time which is considered as the best time to visit this mosque, one of the top Muslim pilgrim centers in Kerala.

Kadampuzha Devi Temple is a Hindu temple and pilgrimage center at Kadampuzha, near Kuttippuram in Malappuram district, Kerala, India. The temple is dedicated to goddess Durga(Form of Goddess Parvati), a Devi.Karthikai day in the month Vrishchikam (November–December), is considered a special day and is celebrated in a grand manner at the temple. The deity is considered more powerful on Tuesdays, Fridays and Sundays. Annadaana (food offering) is made daily at the temple. Plastic bags are not allowed inside the temple. The coconuts are to be “offered” by carrying them on a non-plastic bags.The daily offerings conducted here are Poomoodal (covering the deity under a heap of freshly picked flowers),Muttarukkal( another offering, involves breaking coconuts before the deity by the pujari correctly into two equal halves, and is used for warding away problems in the life of the devotees).