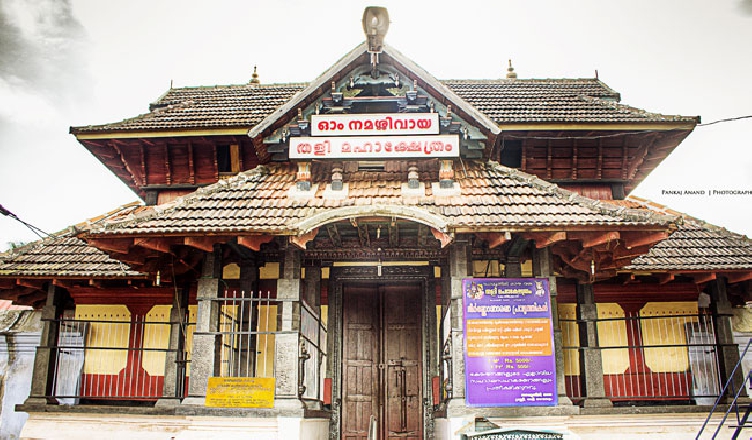 Sha’re Mubarak Masjid (literally: Blessed Hair Grand Mosque) is a proposed mosque in Calicut, Kerala state, south India under the Markaz by Sheikh Aboobacker Ahmed. It is proposed along with Knowledge City on 12 acre land and is said to accommodate about 25000 people at an estimated cost of about 400 million.It will contain a relic believed by Muslims to be a hair of the Islamic prophet Muhammad.The name of the Masjid comes from the Arabic word shahre, meaning hair, and mubarak, meaning blessed.

Tali Temple
It is situated in Mankave, Kozhikode, Kerala, India.Dedicated to Lord Shiva, the Tali Temple is one of the oldest temples in the region. It is popular for its five different religious ceremonies performed every day. The Malayalam New Year is the best time to visit the temple.Lord Shiva is the Main Deity. Lord Ganapati and Ayyappa is worshiped inside the Ullambalam and Nagaraja is worshiped outside besides a big Banyan Tree. The Maha Shivaratri is Celebrated in grand every year. The celebration included Kazcha Sheeveli accompanied with Elephant, Chuttu Vilakku, Vilakinezhunallippu, Niramala, Maha Ganapati Homam etc. Cultural programs of Children are also conducted along with Prasadam distribution and Annadanam (Lunch) to all the devotees.

Lokanarkavu Temple is an ancient Hindu temple situated in Memunda 4 km from Vatakara, in Kozhikode District.Lokanarkavu is a short form of Lokamalayarkavu which means lokam (world) made of mala (mountain), aaru (river) and kavu (grove).Pooram is the important festival here and it is conducted with great pomp and show. The week-long festival begins with Kodiyettam (flag hoisting) and concludes with Arattu. The temple dedicated to goddess Durga has great historical importance as Thacholi Othenan, the legendary martial hero of Kerala, used to worship here every day.Thirty days Mandala Utsavam in Malayalam month Vrischikam (November–December) and pooram in Malayalam month meenam (March–April) are the annual festival at the Lokanarkavu Bhagavathy Temple. This is the only temple where a peculiar folk dance called Poorakkali is presented during festivals. The dance, resembles the martial art Kalarippayattu.

Mother of God Cathedral which is considered as one of the oldest churches in Malabar is located ½ km from the city close to the beach road. Built in the Roman architectural style, the church dates back to 1513 AD, is the only one of its kind in Kerala. The added attraction of the church is a 200-year-old portrait of St Mary. Even though the church has undergone refurbishments in the 17th and 18th centuries, it has been renovated recently with out causing damage to its old architectural style.