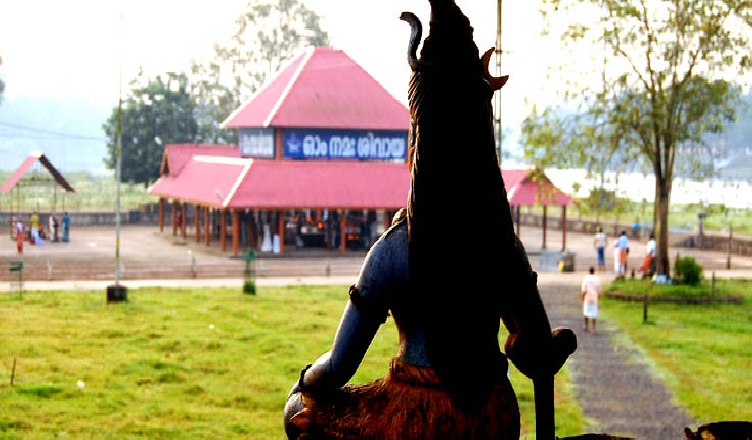 Sree Poornathrayesa temple is situated in Tripunithura, kochi, the capital of the former Kingdom of cochin. The temple is  the greatest temples in Kerala.On the back side of Sreekovil, there is a small window from where devotees can get a close look at the idol of Santhana Gopala Moorthy of Sree Poornathrayeesa Temple.

Poornathreyeesa is the combination of 3 words ‘poorna’ means complete, ‘thraye’ means three, and ‘isa’ means Iswara which means the Lord of Knowledge, or the Lord of the Three Vedas – Rig Veda, Yajur Veda and Sama Veda. The festivals or ulsavam conducting in the temple will be as follows:

The Chottanikkara Bhagavathy temple is located about 20 kilometers from Eranakulam-Kochi, one of the main cities of Kerala.The Chottanikkara Devi Temple is a famous temple of mother goddess Shakthi devi or Rajarajeshwari known as Sree Bhagavathi. Devi is supposed to be residing in the ‘Melkkavu’ of Chottanikkara along with Lord Vishnu.People suffering from mental illnesses & commonly visit the temple, as Chottanikkara devi is thought to cure her devotees. One should not miss the ‘Guruthi Pooja’ in the ‘Keezhkkaavu’ temple at Chottanikkara. Goddess ‘keezhkkaavu devi’ is believed to be ‘Bhadrakali'(Mahakali), in her fierce form or ugra form.’Chottanikara ‘Makam thozhal’ is the famous religious festival temple.The main deeparadhana of the temple is also telecast directly on the temple website at 6.30 pm everyday.

Goddess Parvati shrine is open for 12 days from Thiruvathira Nakshatram in Dhanu Masam as per Malayalam Calendar followed in Kerala.

The jewish church is located near Kottayil Kovilakom, Chendamangalam, Kochi (Cochin).The architecture of the Jewish Synagogue in Kochi is concerned, it is wrapped with painted Chinese tiles. None of these tiles resemble the other. In the mid 18th century, the clock tower was attached to the main building of the synagogue. The interior of the Jewish Synagogue at Kochi is adorned with Belgian chandeliers and grand lightings.Among all the common wealth countries of the world, the Jewish Synagogue, Kochi is the oldest existing synagogue. The prosperous Jewish trading community built it in 1568 AD. It was partially destroyed in the 1962 war. Later it was rebuilt by the Dutch. This speaks for the historical importance of the monument.Photography is strictly prohibited.

The St. Thomas Syro-Malabar Catholic Church in Malayattoor is one of the most famous pilgrim centers for Christians in Kerala. Malayattoor is situated on the north-eastern side of Ernakulam or Kochi. The name Malayattoor, means the amalgamation of mountain (mala), river (aattu) and place (ooru). The church attained great fame when the apostle of Jesus Christ, St. Thomas came here to start his missionary work.

According to legends, when St. Thomas arrived here to preach the teachings of Jesus Christ, he received a hostile reception. He fled to the top of a mountain at Malayattoor known as Kurisumudi and prayed to the Lord. He was in great anguish, and the Mother of the Lord appeared before him and consoled him. Malayattoor Church was built atop this mountain.

St. George Syro-Malabar Catholic Forane Church, popularly known as Edappally Mar Geevarghese Sahada Palli or Edapally Palli is situated in Edapally,Kochi India.This is one of the oldest churches in India, built in 594 AD. It was originally dedicated to the Virgin Mary, called Marth Mariam in the vernacular. In 1080, a new church was built adjacent to the old church. Every year, a nine-day festival is celebrated here in the month of April – May.The church is also popular among the non-Christians as a pilgrimage centre and the popular offerings at the church are chicken and eggs.

Basilica of Our Lady of Ransom

The Basilica of Our Lady of Ransom, Vallarpadam-Ernakulam is a centre of pilgrimage. People from all parts of Kerala and elsewhere, irrespective of caste or creed go to the church to seek the blessings of Mary, the mother of Jesus, popularly known as “Vallarpadathamma”.Vallarpadath Amma is believed to have miraculously saved her devotees several time from violent storms. The feast of Vallarpadath Amma is held every year on September 24.The celebrations last more than a week, and are accompanied by a big fair.The Feast of Vallarpadathamma is celebrated from 16 to 24 September every year. Thousands of pilgrims come to Vallarpadam to participate in the Feast, especially on 24 September.

Note: Priest (s) are available for confession at all times,including Sundays

The Shrine of St. Antony situated in Kaloor, Kerala is one of the biggest pilgrim centres of St. Antony in the world; perhaps second only to Padua in terms of popularity.This Shrine belongs to the Archdiocese of Verapoly.The present shrine, which covers a wide area consisting of the church, rectory, Adoration chapel, Antonian Bible College etc. had its beginnings as a small shrine dedicated to St. Antony.

Kanjiramattom Mosque, about 25 km southeast of Kochi city, is built in memory of Saint Sheikh Fariduddin. The quaint ambience of the mosque is enhanced by the mazhars and dargahs.

The famous annual event here is the Kanjiramattom Kodikuthu which falls in the month of January. A ritual called chandanakkudam (literally, sandalwood pot) is conducted as part of the event to honour Saint Fariduddin. Pilgrims carry pots covered with sandalwood paste and walk in procession to the temple. Caparisoned elephants and Muslim folk art forms like the Duffmuttu and Kolkali are also part of the event.

The first mosque in India. Situated in Methala, Kodungalloor, hardly 20 kilometers from the Irinjalakuda railway station. Legend says King Cheraman Perumal of Kodungallor left for Mecca, embraced Islam, accepted the name Thajudee, married the sister of the then King of Jeddah. Before his death Thajuddeen handed over to the King of Jeddah several letters addressed to Kerala Kings seeking their help to propagate Islam. The Jeddah king came to Kerala and met the then king of Kodungalloor who helped the former convert Arathali temple into a Juma Masjid. This mosque was designed and constructed based on Hindu art and architecture. It was built in 629 A.D. and resembles like a temple in appearance. It is situated in Kodungaloor.