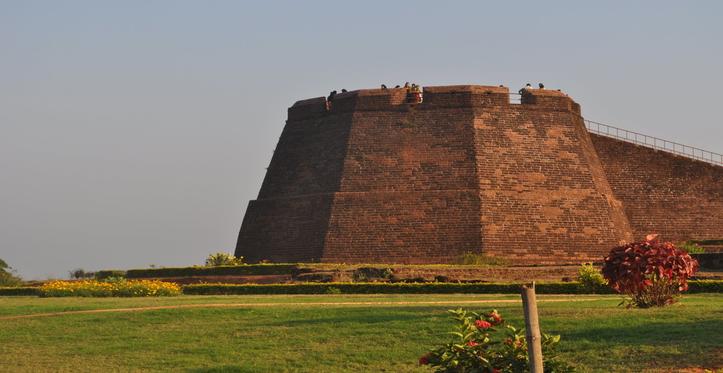 Chandragiri Fort Situated near the confluence of the Payaswini River and the Arabian Sea, the Chandragiri Village is known for its large 17th century fort built by Sivappa Naik of Bedanore. The Chandragiri Fort, one among a chain of forts built by the same ruler, perched atop a hill is in ruins now. But the location offers a breathtaking view of the convergence of the river and the Arabian Sea. The place is a vantage point to watch the sunset from the ancient Kizhur State Temple at Chandragiri, which celebrates the annual festival called Pattu Utsavam. Chandragiri is situated 4 km from Bekal.