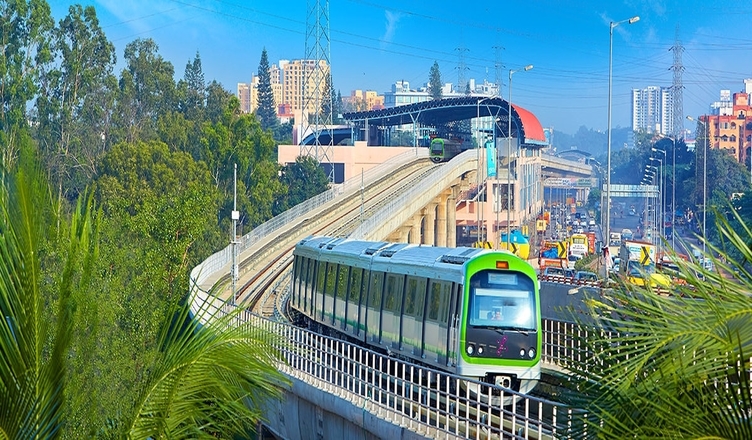 Garden city of India.Bangalore,officially known as Bengaluru,is the capital of the Indian state of Karnataka.It has a population of over ten million,making it a mega city and the third most populous city and fifth most populous urban agglomeration in India.It is located in southern India on the Deccan Plateau.Its elevation is over 900 m(3,000 ft) above sea level, the highest of India’s major cities.

Places To Visit In Bangalore

An epitome of great architecture and beauty,The Majestic Bangalore Palace preserves in it the spice of old regal opulence.Currently the central attraction in Bangalore,the palace was built in the year 1878. The palace is extraordinarily vast and spread across 45,000 square feet.A mixture of Tudor and Scottish Gothic architecture have resulted into the grand palace that we see today.The wooden structure of the palace along with the beautiful carvings both inside and outside showcases the royal culture in different ways.Apart from being a major tourist destination,the palace is a host to different cultural events,rock shows and marriages.

The cubbon park is spread over an area of 300 acres,in the city of Bangalore.The major sightseeing attraction in bangalore city.It is a green belt region of the city and is an ideal place for nature lovers and those seeking a calm atmosphere.It is home to more than 6,000 trees that support a vibrant ecosystem.In addition to being a natural sightseeing destination,some of the major structures of the city such as the Attara Kacheri,Cubbon Park Museum and Sheshadri Iyer Memorial Park are also situated here.Another famous attraction in the Cubbon Park is The Bangalore Aquarium, which is the second largest aquarium in India.

Bangalore Station which is 23 km.